Part I: Reunion of Church and State

By Justin Carmien — 2 years ago

This is part I of a three-part series on “Governance in a Time Between Worlds”. Read part II, here, Part III, here.

Governance in a Time Between Worlds, Part I

Today we ask ourselves for forgiveness. We had once thought that the path toward liberation was to be blazed in a liberation from governance. And yet, today we stand here at this moment. The values which we have called ‘liberal’ no longer move our soul. We stand here with a succession of time behind us. We stand with an unimaginable amount ahead of us. Here, at this moment of our journey, we find ourselves in a “time between worlds” — a time characterized by this very confession.

No doubt, this moment has been provoked, in part, by writing of the American economist Curt Doolittle. Through the cult-popularity of the Propertarian Institute we have been reminded that liberal governance is a science — the art of such science is law. The Propertarian narrative champions for a completion of liberal governance — a “completion of the scientific method” — that is, a governance founded on the logos ‘rationalism’ and ‘empiricism’. And, of course, we must admit that the Propertarian history is correct. The philosophers and statements of the Enlightenment sought to liberate that vessel of human potential, the epistemologist’s Tabula Rasa — John Locke’s ‘white paper’ — by way of the Godly faculties of Reason and Will. In 1802 Thomas Jefferson penned a now historical letter to the Danbury Baptist Association in Connecticut. In this letter we find the kernel of what would later become a foundational mantra of the liberal project — ‘the separation of church and state’. When we learn of this separation at a young age we are likely to think of the hocus pocus of religion and the powers of governance. The blessing of the czar by the priest. The consultation of oracles before going to war. Yet, any primordial reckoning which these fanciful images provoke fades beyond the playground imagination. Even a staunch rejection of such magic signals immaturity. Instead, what calls for a primordial reckoning today is the function which each half of this dichotomy serves in the whole of human economy.

We surmise that the functional division must have been clear in Jefferson’s mind — a separation of action over-and-above belief,

“Believing that religion is a matter which lies solely between Man & his God, that he owes account to none other for his faith or his worship, that the legitimate powers of government reach actions only, & not opinions, I contemplate with sovereign reverence that act of the whole American people which declared that their legislature should ‘make no law respecting an establishment of religion, or prohibiting the free exercise thereof’, thus building a wall of separation between Church & State.”

Now, we should not be mistaken that this moment is without precedent. The expediency of action in the name of liberal-industrialization was also critiqued from within the realm of liberal governance. In 2013 James Gustave Speth, the US advisor on climate change, championed for spiritual renewal. He warned of a disintegration of human morality from within this economy. “Greed, selfishness, and apathy” were causing destruction to nature. And yet it is only now that we confess our folly. We repent. After all, where else was the self-authoring creative human spirit supposed to find satisfaction within market economy? When the value of a product is determined by the market, the individual creator is forced to look towards his activity, his busyness, as the object of his own value. It should be no surprise that career success became the barometer of anyone’s contribution to his people. The entertainment industries pandered to Enlightenment values. Friedrich Nietzsche’s “What doesn’t kill me, makes me stronger” was repeated to this end — satisfying that spirit which idolized individual strength and self-reliance. And yet today we repent. The forgiveness which we ask for is only possible on account of a demand from the very phenomena of our experience. No doubt, governance-as-law makes man subordinate before the law — each man equal to another. Yet, this law is a law of violence. The economy of governance-as-law has proven itself an economy of legislation, patrol, surveillance, and punishment— this is an economy of a domestication of the human-animal. Today, we have been made painfully aware of the deficiency. Our inherited infrastructure has neglected exactly that which the church meant to satisfy. Inspiration. Hope. Belonging. It is painfully obvious that governance-as-law cannot “… produce a people who, through the law, move beyond the law into freedom” — a passage we repeat by way of another conservative movement, Catholic Integralism.

On our journey towards liberation we have written a story which spans the entire history of the human-animal — that of modernization. The project of modernization is founded upon the human comportment of ‘episteme’. Episteme is a comportment toward the phenomena of experience which seeks to apprehend, appropriate, and ‘over-stand’ nature. Not to be mistaken, “apprehension” here should be read in the strong sense, as when we say ‘the suspect has been apprehended by the police’. Episteme is the primordial comportment toward phenomena which has produced amazing triumphs in science and technology. No doubt, it has produced the Golden Gate Bridge and the Apollo 11 Mission, Nazi Germany and the weaponizing of atomic energy. Modernization is a story of such epistemological comportment. From the Roman Empire to the Catholic Inquisition and the industrialized sciences, modernization is a story of imperial economy. This economy can reach no other end than a quantified and totaled ‘uni-verse’. And while we may be proud of our modern achievements, all the same, we are reminded of Martin Luther King Jr.’s critique of the epistemic project — its totalitarianism and imperialism — when he remarked that from within Hegel’s “exposition of the coming to be of knowledge”, “the many are subsumed to the one”.

In as much, we should not be surprised that the marginalized people of colonialism manifest something of a ‘postmodern’ spirit — a spirit of critique, deconstruction, and destruction of power structures by way of subversive social measures. Of course, admitting to “subversive social measures” is not meant to sound degrading. After all, the inherited structure of modernization provided a platform for anyone’s voice. But governance-as-law only provides a political shell—anyone must still fight through it. And yet, from our vantage today, we find that those invested with the postmodern spirit suffer from their own values. Any destruction of power only shelters and preserves the epistemological comportment toward the phenomena of experience. The postmodern is that which glorifies episteme. We only require a five-minute review of the Black Lives Matter Google Docs drive in order to realize that the movement consists of rationalizing ‘white culture’ — bland food, the nuclear family, and protestant work ethic—in order to overstand it. We find Guardian articles asking “why do cities have to be so sexist?” — teasing the idea that toxic masculinity is built into the very fabric of our urban spaces — the modern skyscraper itself as a glorification of the masculine by way of the phallic. And yet, in all honesty, Leslie Kern’s recommendation to “reinvest in the public realm” in order to save the modern city has little to do with a destruction of the masculine — it is a call for a post-modernity, but in doing so only preserves the all-too modern.

Following the death of George Floyd the narrative was clear — private enterprise was able to satisfy the public’s interest more than any church or government institution. Of course, businesses took advantage — and in doing so established an expectation. Commerce was invested with the task of moral value execution and maintenance. Liberalism had delivered us over to the free market — one which had equally become weaponized in the economy of violence. In as much, there can be no doubt that a governance-as-law can no longer satisfy the self-authoring creative human spirit. Today we find ourselves at the very moment of our confession. And at this moment we find the presence of a vision—one which has brought the phenomena of our experience into accord once again. This is a vision of a robust human economy — one which reveals that the separation between the value creation of a free market and state legislation belongs to a certain era of human economy. An economy which is now past. This vision releases afresh the mechanical and social hierarchy of the world. And in doing so, animates our affectivity within that hierarchy. This vision includes law, yes! — but also projects toward the horizon. This vision calls after us. And we are helpless to it.

Justin Carmien is a lecturer on philosophy at Spinderihallerne, Vejle, Denmark. He teaches philosophy of mind, philosophy of science, metaphysics, and political metamodernism.

Governance in a Time Between Worlds

By Mark Granza — 2 years ago

Governance in a Time Between Worlds 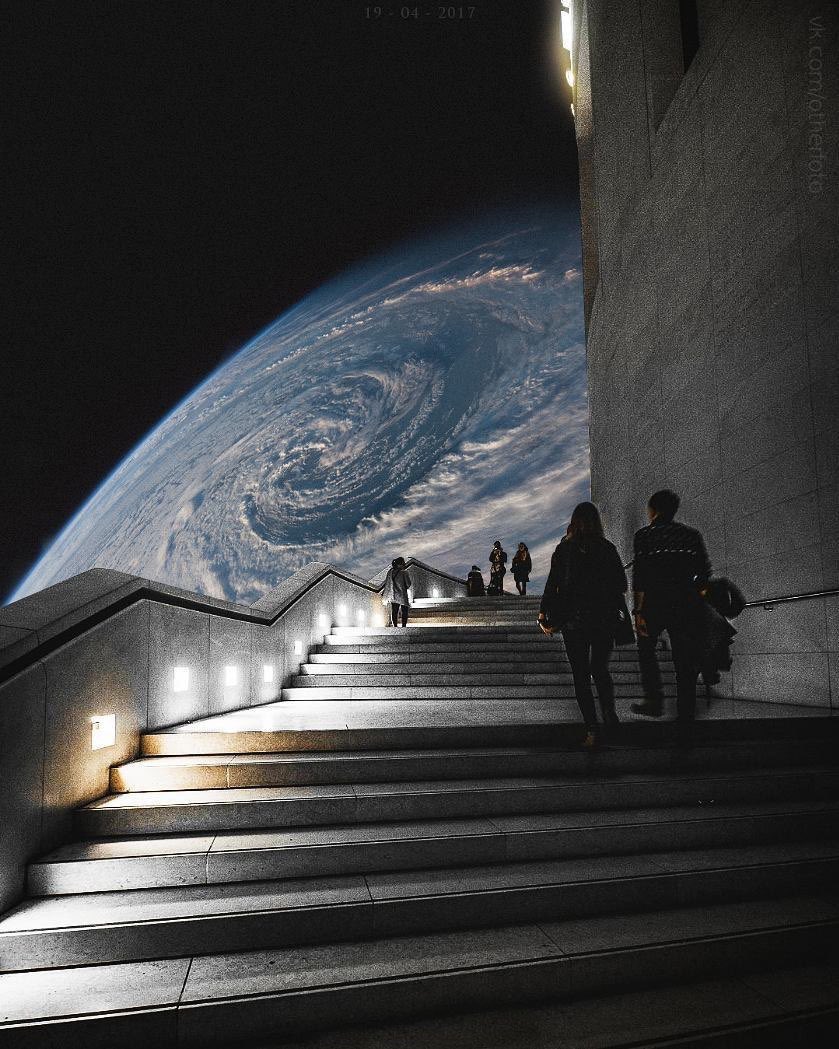 Part I: Reunion of Church and State 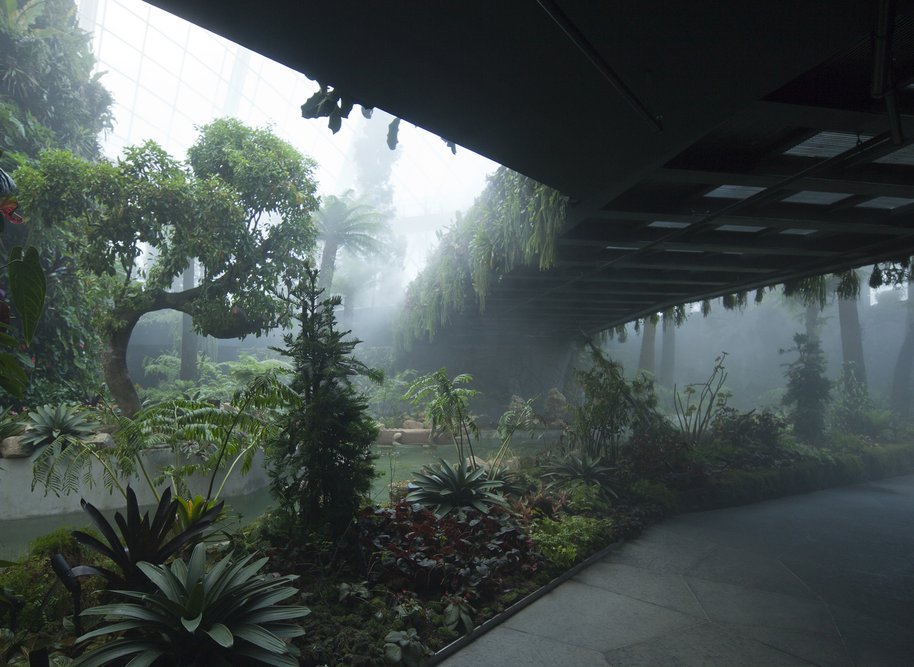 Part II: A reunion of State with Civil Society 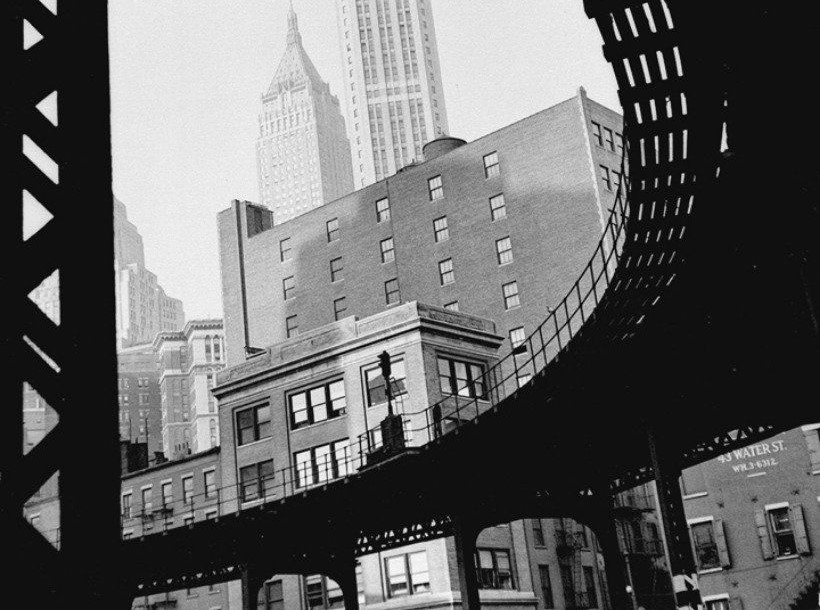